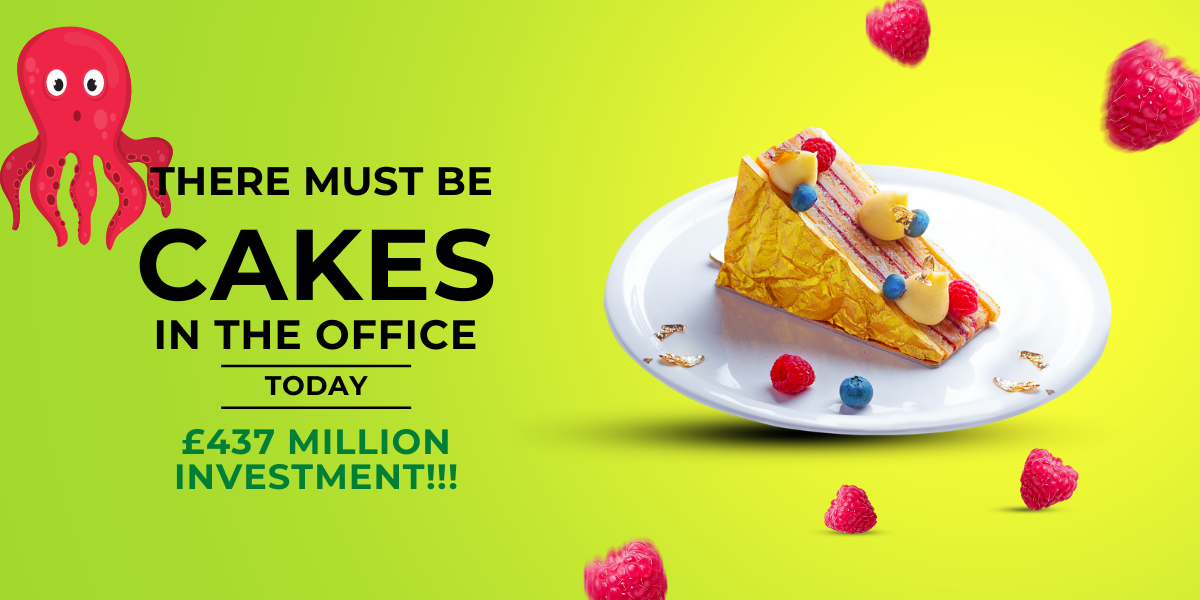 Octopus energy never ceases to amaze me. Today, however,  it’s clear I am not alone because there has been some significant news. It’s most definitely a wild card no one could have seen coming as Al Gore’s climate funds invest a staggering £437 million in Octopus Energy!!  That’s a 13% stake in the company!

As a result of this additional investment, Octopus Energy is now valued at 3.3 billion pounds. It’s now worth as much as British Gas owner Centrica. That’s an amazing achievement for a company founded in 2016! When I switched to them in 2018 they had less than 300,000 customers. I knew they would do well but this is another league!!! 👏👏⚡️😱💚

I am delighted for Greg Jackson, the CEO of Octopus Energy, and all of the team working at Octopus. There must be cake in the office at the very least!!! 🧁

“Whilst the UK energy market is currently in a tough state, it’s highlighted the need for investment in renewables and technologies to end our reliance on fossil fuels,” Octopus founder and chief executive Greg Jackson said. “So we are delighted to announce our agreement with Generation Investment Management, created to back sustainable companies changing the world for the better.”

Take a bow Octopus you deserve it!!! It is lovely to read some good news in the energy sector.  Although there is lots of work to do!

It’s been a busy week for Octopus Energy as it took on 580,000 customers left stranded when Avro Energy ceased trading last week. There is also speculation they could bid for another energy firm, Bulb Energy.