Octopus Energy’s CEO Greg Jackson has been quick to reassure customers. He tweeted that Octopus is well-positioned to weather the current energy crisis. Mr. Jackson is extremely active on Twitter and reassured customers when asked if Octopus is going to be forced to close.

No- as a global, very well backed company we’re fine but plenty more are not. There’s no glee in seeing other companies fail which is why we’ve launched a special recruitment drive to help some of those losing their jobs in those companies.

He went on to say that Octopus would work with both the government and Ofgem to help customers. Lots will need a new supplier and Octopus could be on hand to help.

Why are Energy suppliers struggling so much? 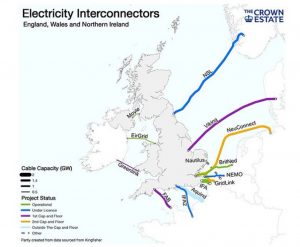 As I understand it there are a number of factors. The price of wholesale energy is the main issue. This has been driven up by limitations of supply. Russian has restricted its supply of gas and one of the IF connectors that supply electricity from France is currently offline. These are just two factors in a very complex perfect storm of energy issues in 2021. You can read more HERE.

Some companies, however, bought energy to cover their future commitments months in advance. This is obviously the right thing to do. Octopus as I understand it operates this way BUT some suppliers don’t. (this is what I have gathered from the news) Some companies it seems hedge their bets and buy energy as they go along.  It’s quite complicated but I believe this is why so many companies are unable to supply their customers with energy at the agreed amounts and are going bust. Personally, I think it’s reckless to take on customers and agree on a rate, while you fail to lock in your own costs to supply it!

This is a great blog post from Octopus Energy explaining why they are here to stay!

Is the government offering any help?

The government yesterday said they would not be bailing out failing energy companies but they may give financial support to those companies who are left to pick up the pieces and take on customers from the failing suppliers. This makes sense as these companies will probably make a loss as they haven’t pre-bought energy to cover the new customers they take on from failed companies.

UPDATE: The government now seems to be saying that they will not be offering any support to the energy companies taking on the displaced customers. Sounds great for the taxpayer but the new supplier can’t afford to take on customers at a loss so is this cost going to be passed on? I suspect it will have to be. They have to survive too.

Which companies are affected so far?

The companies that have stopped trading in 2021.

As a result of the current energy, crisis Bulb is currently in talks as they are trying to get extra funding.   They are still trading!

This is an interesting article in the Guadian which covers the possible collapse of more energy companies this winter.

Something to be pleased about.

Octopus Energy won Energy supplier of the year 2021 at the Energy suppliers award today. Well done Octopus. Keep up the good work we need forward-thinking energy companies like you!

It’s a tough time for so many in energy – but @EnergyAwards is a huge event. THANK YOU to them, and to all our team for again making @OctopusEnergy “Supplier Of The Year”
This year we’ll focus on doing all we can to help gov & ofgem lower bills and look after custs of failed co’s https://t.co/uvpmW3QtzI

I hope that makes sense.  If you would like further information you can read my full review of all Octopus Energy tariffs including up to date prices on my comparisons page.  It is updated daily and keeps an eye on the wholesale energy market. Knowing if and when to switch and fix your energy tariff in the current climate is really important, I hope it helps!