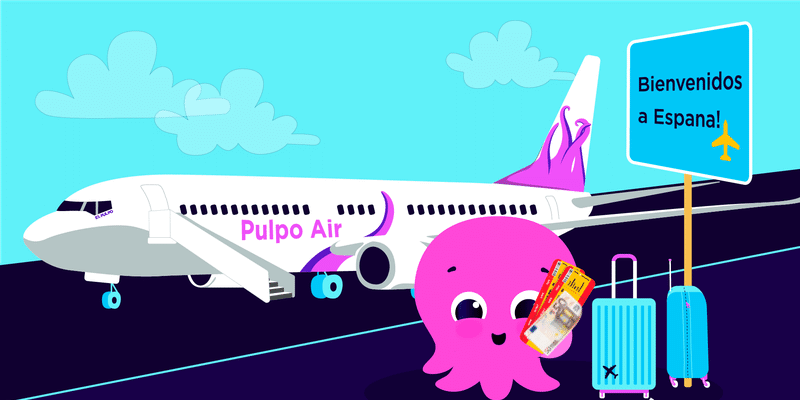 Octopus Energy extended its tentacles and on the 12th of May 2022 launched Octopus Energy in Spain.  So if you’re looking for an energy supplier in Spain you are in for a real treat! You can switch today and get 50 euros credit added to your bill!💚👏🐙🇪🇸

This isn’t simply a branding exercise. Octopus in Spain is a part of Octopus Energy. It’s the same as in the UK. So there’s the same commitment to green energy, tech and amazing customer service.

Octopus is set to shake up the Spanish Energy market.

Spain generated 44% of its energy from renewables in 2020. No wonder Octopus was so excited to help add some tech to the mix.  Their Kraken software once launched in Spain will really help shake up the market.

Octopus Energy is already generating its own green energy in Spain so it makes sense that it should become an electricity supplier in Spain too.  The sun was defiantly shining when they came up with that idea!

Switch energy suppliers in Spain and get 50 Euros credit on your first Octopus Energy bill.

Switching to Octopus Energy in Spain is easy. The staff speak English and the website will soon be launched in English.

At the moment the website is in Spanish but a translated site is on its way. They are typing away as we speak!

You will need your CUPS number before you start the switch. This is the unique number which relates to your electricity supply in Spain. You will find it on your Spanish energy bill.

Once you have completed the switch just pop just drop me a message with your full name and I can get the 50 euros credit applied. I will get 50 euros credit too so it’s a wonderful win, win for us both!

You can also email [email protected] and let them know you have been referred by me.

If you looking at switching your energy provider in Spain you won’t find another switching offer anywhere else. I have been a customer of Octopus in the UK for 4 years and have really championed their commitment to both their customers and the planet. I have recently switched to them from Endesa and communication has been great!

Later in the year, Octopus Energy in Spain is looking to launch a referral scheme for all new customers. It will follow the same line as the UK where each customer will have their own link to share.  You will then split 100 euros between both the referrer and the new customer each getting 50 euros credit on your Spanish energy bill.

When will the credit be added to my Octopus Energy Spain account?

The credit will be added a few days after your first direct debit has been taken. You will see it on your online account.

Do they Speak English at Octopus Energy in Spain?

Yes, if you reach out to them for help via social media they speak English. Switching energy supplier in Spain doesn’t need to be stressful! I have chatted with them on the phone and via messager with no problem at all.

What happens if I want to switch away from Octopus Energy Spain?

It’s very easy to make changes to your Spanish energy supply and you can do it all in English.

Where are Octopus Energy based in Spain?

Octopus Energy Spain has its HQ in Valencia.

Yes, in the summer of 2021 Octopus Energy UK bought Umeme. Umeme built its own technology to optimise energy supply and provide greener energy and better customer service to its customers. It was launched in 2019 by four experienced energy entrepreneurs.

Greg Jackson, CEO and founder of Octopus Energy, comments: “We’ve been hugely impressed by Umeme’s entrepreneurial spirit and tech-led approach, which is very rare in the energy sector. Their brilliant team is a perfect fit for Octopus, and I am hugely excited to work with them to bring affordable green power and outstanding customer service to Spain.