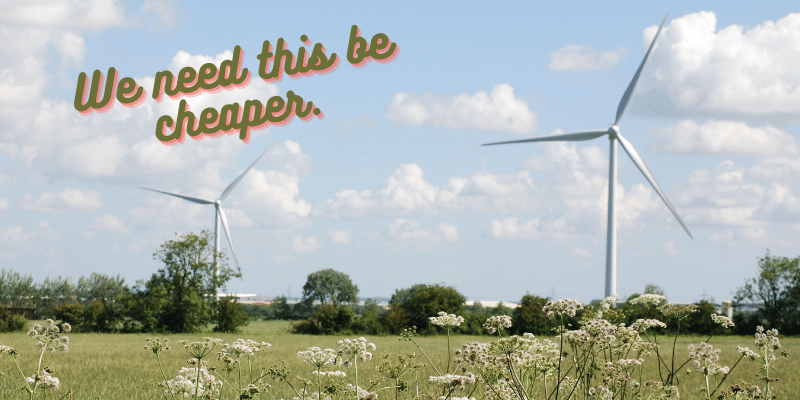 Why does renewable energy cost so much?

At the moment lots of people are starting to realise that a renewable energy tariff isn’t cheaper than any other form of energy.

You would assume that energy created by free resources such as the sun and wind would be cheaper but unfortunately, there is just one price for the cost of electricity.

Yesterday on Twitter, Greg Jackson, the CEO of Octopus Energy posted a video explaining why the cost of renewable energy is not cheaper than other forms of energy. We agreed that it is “bonkers”. It isn’t something he has kept quiet on as he has been campaigning for quite some time for energy market reform. It is the only way to drive prices down and help make them become more resilient. We need energy independence in the UK and it is possible!!

Octopus Energy is campaigning for change.

Octopus has been banging on the door of the government demanding action. They have been running pilot projects to prove that energy market reform is possible. They have shown that their customers will also engage with the process in order to get cheaper energy.

All we can do is hope and put pressure on the government to take action to make the changes needed so that companies like Octopus can help to bring down electricity prices.