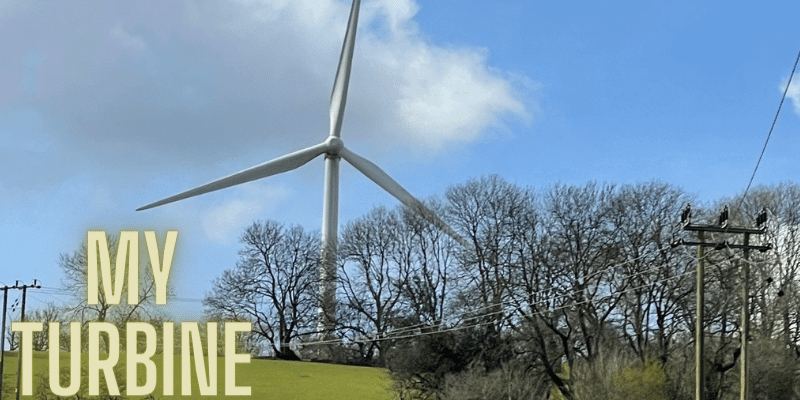 This week has been slightly crazy.  I have been on BBC Radio 4 and BBC Radio Wales talking about why I bought a share in a wind turbine.

Back in lockdown last year I bought into the first UK crowdfunded wind turbine which is located in South Wales. When most people were buying bread makers and having multiple home deliveries from Amazon I was considering how I could become greener.

It all started when I jokingly said to my husband that we should erect a wind turbine in the back garden.  We started googling wind turbines and we came across Ripple Energy.

Now the turbine is up and running there has been a lot of media attention. It seems that wind is a very hot topic which makes me happy! It is about time in my opinion. As a country, we have to be less reliant on fossil fuels and look for quick and easy ways to add more green energy to the national grid and wind as well as tidal power has to be one of the ways forward.

The UK government’s NetZero Policy was updated this week.

A random call from the Telegraph Newspaper.

It’s not often that a national newspaper calls my mobile but when I answered a call from a journalist who told me she was from the Telegraph newspaper I wasn’t that surprised. I had been on Radio Wales in the morning talking about how I love renewable energy and wind turbines. I thought maybe she had got my number from there.

After answering several questions about potential government policy that may be on the cards in terms of renewables. The questions were quite tricky but I gave it a go. Then came quite probing questions about Ripple Energy and its figures. Suddenly the penny dropped for me she thought I was Sarah MERRICK, the CEO of Ripple Energy.  Not Sarah the customer of Ripple who loves wind turbines. 🤣😂

After a few chuckles, we carried on talking about wind and the need for more renewables in the UK.  I spoke about why I decided to help crowdfund a wind turbine and how I had even driven over to see it.  We ended the call and I thought nothing more of it…

A few days later I got an upbeat text from the journalist asking if I fancied having my photograph taken for her article. Wouldn’t it be fun if I went to the turbine with the photographer from the Telegraph to get some snaps done? Being sport for most things renewable I agreed.

Today the article is on the Telegraph website along with my photograph. Fame at last. 😆 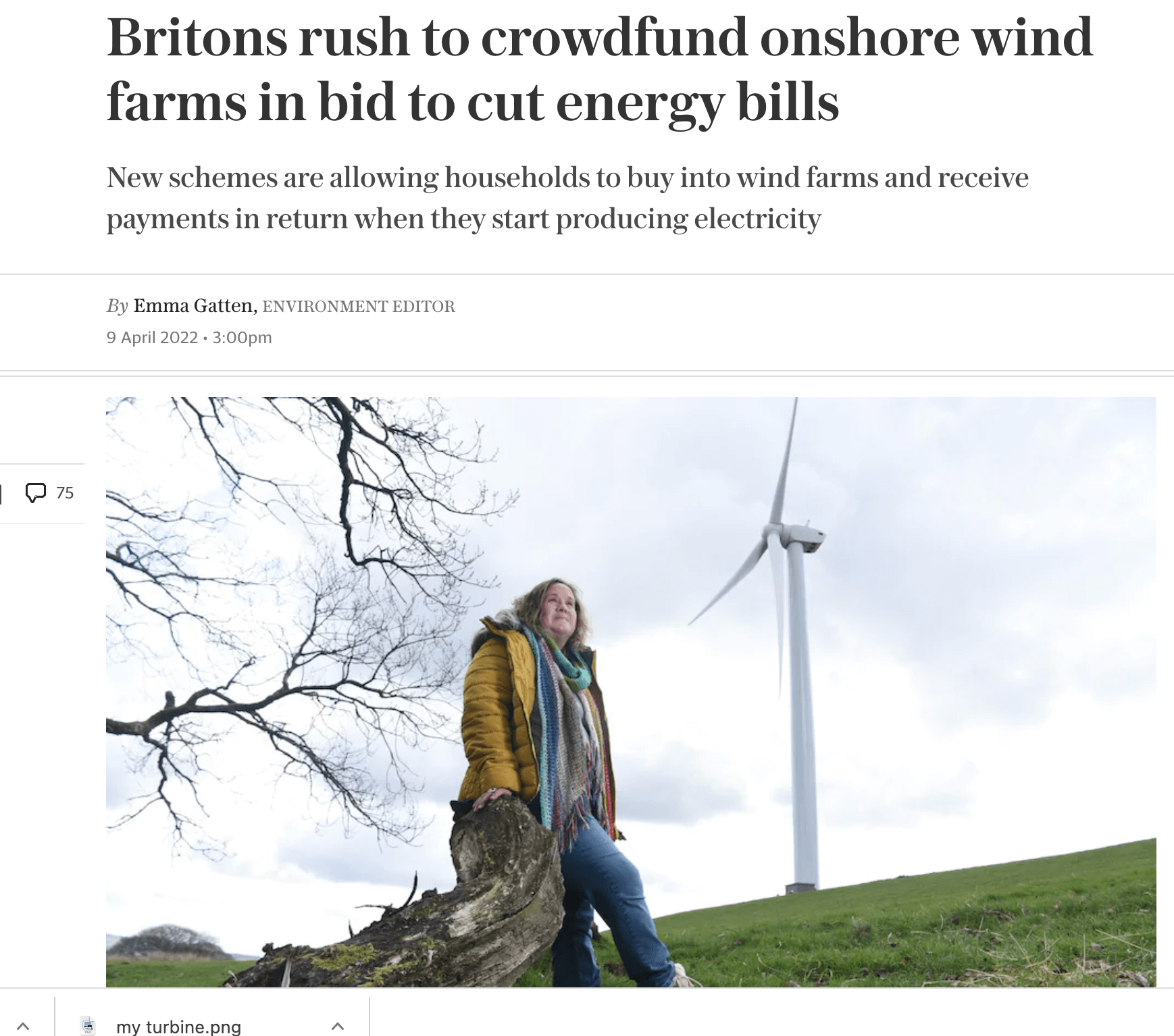 Was it fun finding our wind turbine? 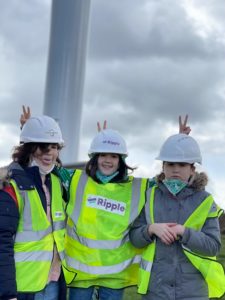 Yes, it was fun. Maybe a little cold. We had sun, hail and wind as I posed for my photograph. I dragged the kids along as they were off for Easter. While I posed up against a log they made up a game skipping over the shadow of the turbine blades as they spun gently around. My youngest who feels the cold looked a little fed up in the end BUT this is all for their future!! I really hope they remember this when they are older. I would like them to know I did try and make a difference in my own small way.

Who is Ripple Energy?

Ripple Energy was dreamt up by Sarah Merrick. Sarah, the founder and CEO of Ripple Energy was a big cheese in the wind industry. Ripple helps individuals club together to form a co-operative of owners who can not only own their own turbine but profit from the energy that it produces.

Ripple Energy doesn’t own the turbine the co-operatives do. They do all the hard work.

Where is the wind turbine located?

My wind farm, Graig Fartha is a 5-minute drive from the Royal Mint in Llantrisant, South Wales. It’s the first turbine built and managed by Ripple Energy.

Can you still buy shares in your own turbine?

Yes, there is a new project underway in Scotland. I believe 60% has been sold and the offering will close in a few weeks’ time. So get your skates on if you are interested.